That was a Great Story !

Tonight at church we observed the LORD's Supper. There is a little boy named Micah the ended up sitting with me. Let's just say Micah is a little rambunctious. He has recently moved me up on his list of favorite people. Anyway he is just 2 so he could not partake of the elements. I explained to him that he could when he was a bigger boy and he would understand about it then. He was a little frustrated at first but he was ok with it. Anyway after we observed the LORD's Supper we had a video presentation of scenes from The Passion of the Christ movie. I told Micah that there might be some pictures that would scare him and if he got scared he could hide his eyes. I attempted to shield his eyes a time or two but he was having none of that ! He sat real close to me and held my hand . I had my other arm wrapped around him in case he did want to hide his eyes. He watched intensely. He did not make a sound except to whisper occasionally "I'm not afraid". The slide show lasted about 5 minutes and as soon as it was over there was dead silence....that is except for Micah's little voice and he said "That was a great story !" How profound the words of a 2 year old can be. Praise you Jesus for the suffering you endured for us !
Posted by Cecelia at 6:10 PM 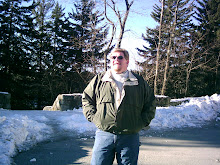 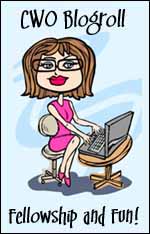